The Lower East Side’s counterrevolutionary troubadour David Peel died last Thursday. I knew of him because he used to hang out in Washington Square Park, and because he was collaborating with John and Yoko at a time I was feeling a bit untethered to my Beatlemania roots. They had officially and publicly split on April 10, 1970, when Paul made the announcement (dragging a few years behind John’s admission of the fact). I halfheartedly followed the Fab Four individually, with less passion and success. John and Yoko were living at the Dakota, and alternately drove around in a white limo and walked by themselves like regular New Yorkers in Central Park and Washington Square, where they discovered Peel.

Living on Bleecker Street in 1972, I often hung out in the park, keeping to myself. Sometimes I was approached. As anonymous as I thought I wanted to be, there was something about being there and singled out for anything other than panhandling that felt like a casting call. One time, it actually was.

28 June 72
Dear D____ ,
My social life at present consists of going to Washington Square with Tessa at night and grooving with the local derelicts. Tony, the toothless poet, King Frog, Enoch, & Rudy . . . all of them black & always drunk. On weekends David Peel & the Lower East Side (John & Yoko sang & played with them on “David Frost”) come to the park & play really weird chanting, neat music that turns on every drunk in the place. I like it too. That’s how we get to meet the local celebrities (not David Peel & the Lower East Side, but the derelicts).

Washington Square Park was the magnet that drew everyone below 14th Street, and I was no exception. I took along a sketchbook in my knapsack and filled it with drawings of people’s backs, too shy to engage in eye contact with my subjects while capturing them in charcoal. I blended in with the crowd of laid back loungers, war protesters, troubadours, pot dealers, pram pushers, chess players, frisbee tossers, young lovers, and elderly pensioners. Starting with kids and dogs in the fountain, the diversity of co-existence fanned out centrifugally, leaving no patch of park unoccupied.

That’s why I was surprised when singled out to participate in a NYU student film. Getting over my self-consciousness, I followed direction until the late afternoon light turned to dusk. Much to my disappointment, the film did not become the follow-up to Martin Scorcese’s Mean Streets. And I never saw the final clip. —Hell’s Kitchen and Couture Dreams

17 June 72
Dear Mom,
I guess I didn’t tell you I was in a film, did I? I was in Washington Square reading, & as I got up to leave a girl asked me if I’d be in a film she was doing (she was in 3rd year at NYU filmmaking). It was silent, & just about a girl (me) sitting in the park and a black guy comes up like all guys do (“Hey baby, whatcha doing?”) etc. and I just sit there with no expression, but then there’s a fantasy where I get mad & shove him off, & then it goes back to reality where I still have no expression and walk off. It was fun to do, & finally I got a chance to act (Ha!) Look for me in your local theatre. —Hell’s Kitchen and Couture Dreams 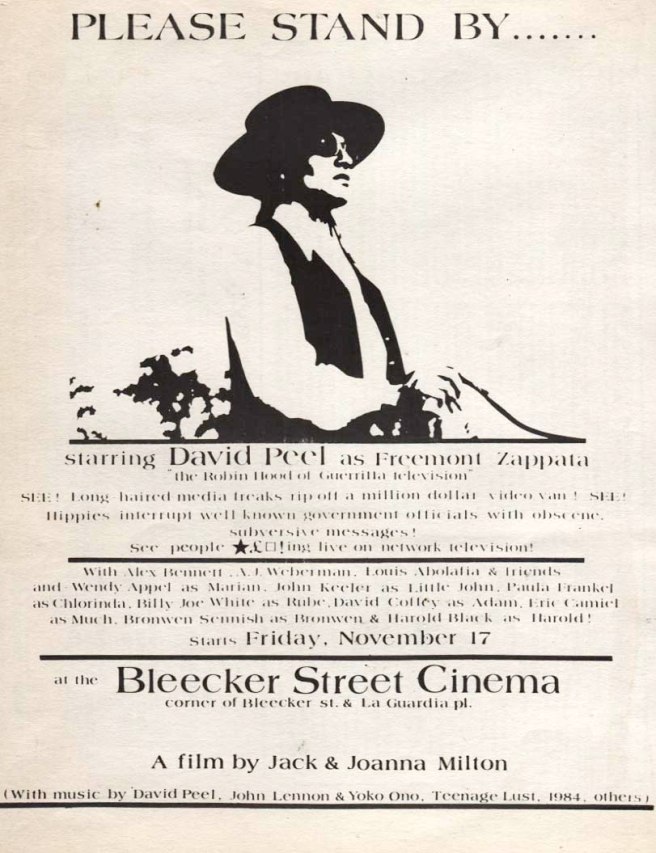 4 thoughts on “Hanging Out in Washington Square”